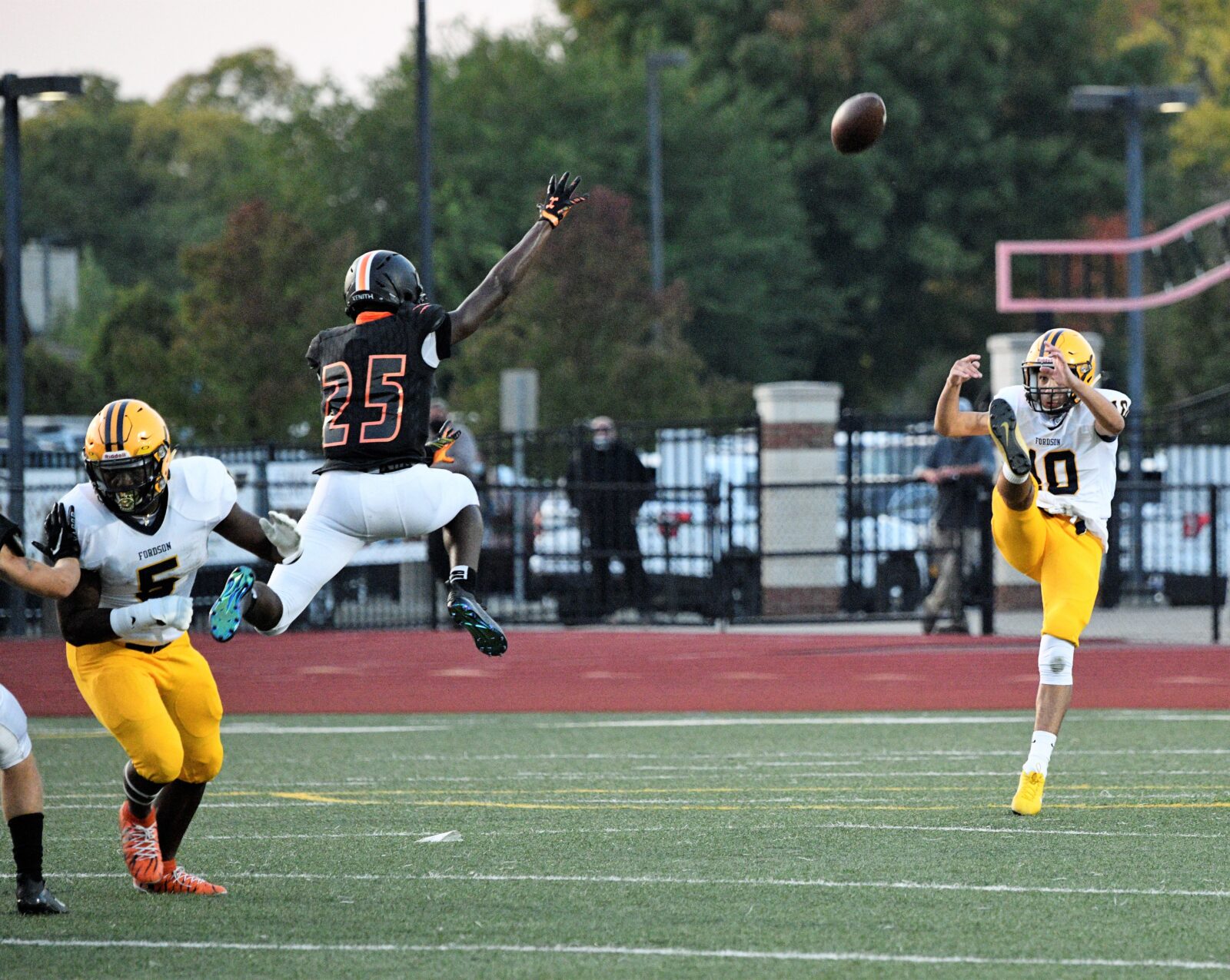 The Michigan High School football season kicks off on August 25th with 281 games scheduled for the weekend. And many people are looking towards the Detroit area and southeast Michigan as many of the teams and players are expected to dominate again and get several looks from some of the top Division 1 colleges in the country.

One of the top teams to be followed will be Detroit King, the early favorite to be the number one team in the state at the end of the season. Reaching the state final for the sixth time in seven years last season, King won its fifth title with a critical goal-line stand in the closing minutes to preserve a 25-21 win over defending state champ, Dewitt.
Senior quarterback Dante Moore is the reigning Michigan Player of the Year having thrown for over 3,000 yards and 40 TDs last season. The state’s No. 1 prospect and the country’s No. 2 ranked QB, has committed to Oregon. Overall, King fields five of the top 25 senior prospects in the state, including offensive lineman Johnathan Slack, (6-3, 280, Michigan State commit), safety Jameel Croft Jr.  (6-1, 165, undecided) and defensive ends Kenny Merrieweather (6-3, 235, Iowa) and Messiah Blair  (6-7, 223, Eastern Michigan).

Defending D1 state champion Belleville, the No. 2 team in Michigan, debuts at No. 77 nationally. The Tigers will be led by sophomore quarterback Bryce Underwood who was named National Freshman of the Year last season after throwing for 2,888 yards and 39 TDs. In the state final, a 55-33 win over Adams, Underwood threw for 284 yards and five TDs and ran for 64 yards and another TD. He holds 22 offers, including Notre Dame, Michigan, Michigan State, and Miami (Fla). Senior athlete Mychal Yharbrough (6-1, 175) is headed to Miami (Ohio). Senior defensive lineman Jeremiah Warren  (6-3, 270) holds 14 offers. A pair of juniors – big stud linebacker Jeremiah Beasley (6-1, 210) and offensive lineman Nathaniel Johnson (6-4, 270) – rank among the state’s top 2024 prospects and are receiving many offers from the nation’s top colleges.

The state of Michigan is loaded with some of the top quarterbacks in the nation.

It looks like it will be a great year in High School Football with many up-and-coming teams hoping to make an unexpected run at the playoffs while many teams, like Oak Park, will look to dominate once again