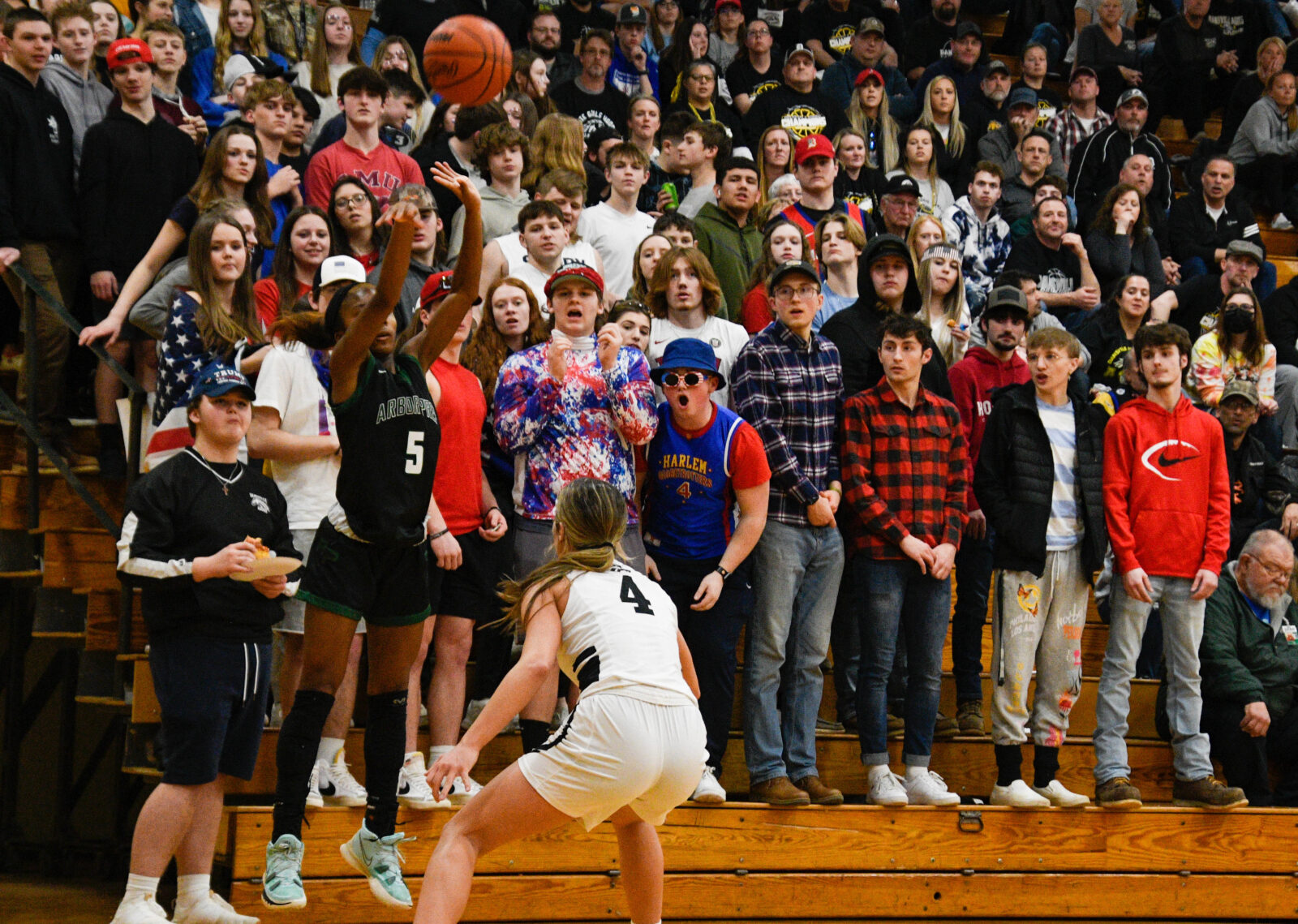 Concord, MI. – In the Division 3 Michigan state girls basketball quarterfinals it was the number 1 ranked Ypsilanti Arbor Prep Gators fending off a pesky Dansville Aggies team 69-51. The Aggies jumped out to a quick lead before a predominately Aggie crowd and the Gators tied it up but after a quick three for a bigger lead Gators’ Head Coach Scott Stine called a timeout to regroup his girls.

Dansville answered for every basket Arbor Prep scored and with 2 minutes gone in the second quarter and the game tied Stine called another timeout. After the timeout the Gators sophomore sensation Taylor Wallace drained two back-to-back deep three-point shots to put the Gators ahead and the rest of the game they never looked back and never trailed again.

Wallace hit another triple and the Gators put up a big double-point lead and would never relinquish that the whole game. The Gators had a swarming defense forcing lots of turnovers as they took a huge 38-20 lead into the locker room.

In the third, the Aggies stepped it up a little bit clawing their way back into the game scoring 14 points and were down 49-34 as the fourth quarter rolled around. But The closest the Aggies would ever get the rest of the way was within 13. Stine did a great job substituting his players in and out to keep fresh legs on the court.

The Gators played a pressing defense and the Aggies just couldn’t come back in the game as the Gators punched their ticket to the semifinals at Breslin Center for the 5th time since they won the Division State 3 Championship in 2016.

“We did a great job weathering the storm in the first couple minutes where we fell behind and just getting our defense pressure set up and we forced a lot of turnovers and got some great offense going and took it from there,” Gators Head Coach/Athletic Director Scott Stine said after his team’s victory.

The Gators were led in scoring by Texas A & M commit & Miss Basketball candidate Mya Petticord who finished with 24 points, 17 of those came in the second half. Wallace finished with 12 points on 4 three-pointers, Stacy Utomi had 13, her twin sister Stephanie finished with 8 points.

The Aggies were led by Kourtney Mack with 20 points, while Megan Zeitz finished with 14. The Aggies have not made it this far in quite a long time and finish their season 17-8.

The Gators will tip-off Thursday in the semi-finals at the Breslin Center at Michigan State University at noon against the 25-0 Maple City Glen Lake Lakers. The Gators will be considered the away team.