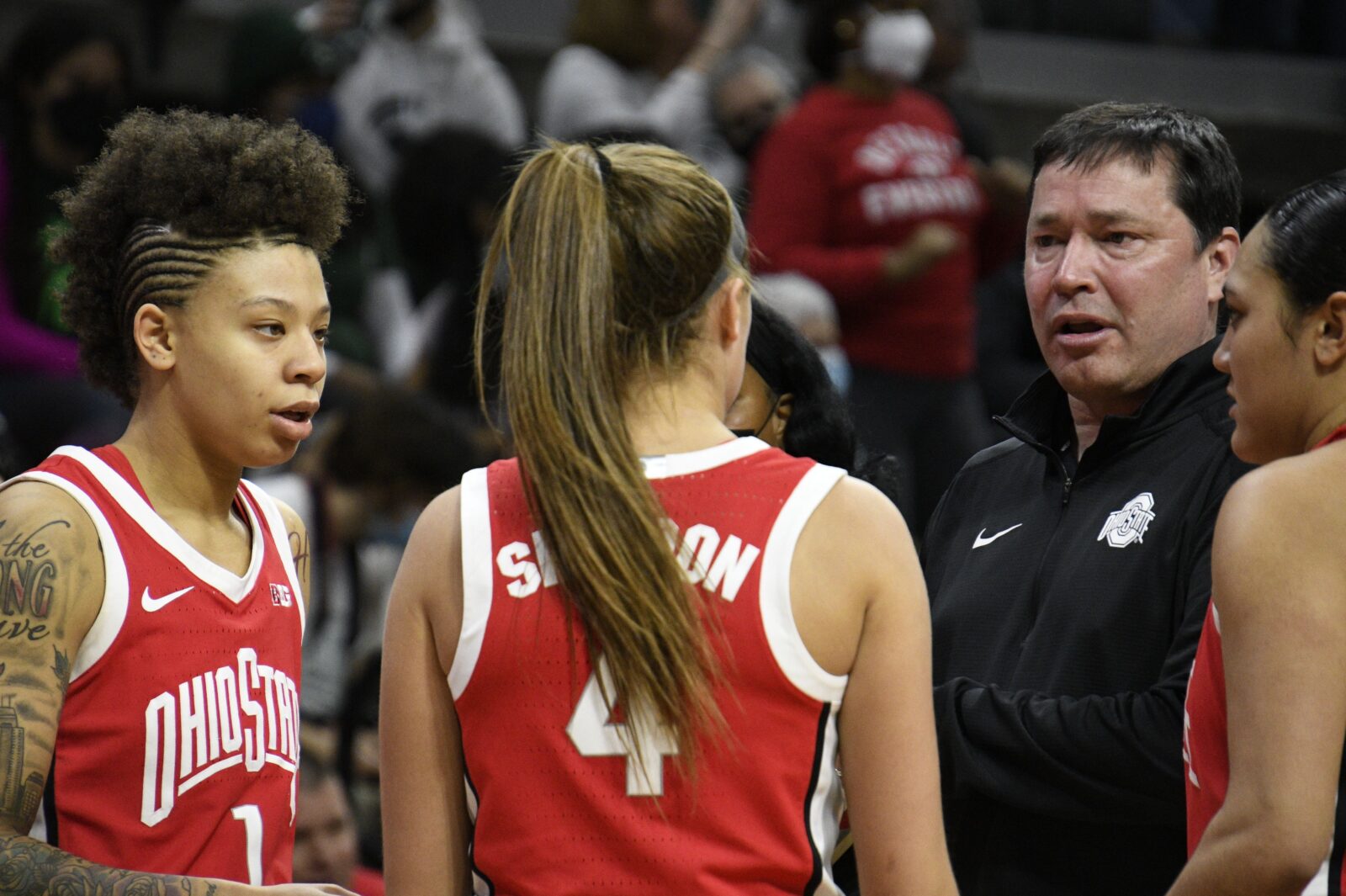 Ohio State University announced new contracts for women’s basketball coach Kevin McGuff and his staff. McGuff’s new contract is a four-year contract with a base salary of $675,000 and an annual compensation rate of $1.05 million. His new contract begins on July 1 and will run through the 2025-26 season, which would be his 13th at Ohio State.

His extension follows a Big Ten regular-season title for the women’s basketball team that finished the season with a 25-7 record and made an appearance in the Sweet 16 for the first time since the 2016-17 season.

McGuff has been at the helm of the Buckeyes women’s program since April of 2013 and his 19-year head coaching career consists of nine years at Xavier University (214-73) and two years at the University of Washington (41-26) before arriving in Columbus. He holds a .698 overall winning percentage with a career mark of 444-188

Following the conclusion of Ohio State’s regular season, McGuff is now 193-91 (.680) in nine seasons with the Buckeyes, with a 104-49 mark in conference play.

He has done an excellent job at Ohio State leading the Buckeyes to the NCAA Tournament 5 times, twice getting to the Sweet 16. He also won the Big Ten Championship in this most recent season and 3 overall and won the 2018 conference tournament.

McGuff is not just a great coach on the court but off it as well where he has gained much respect amongst his players, past, and present, his peers, his colleagues, and the esteemed Buckeye alumni and fans. He leads as a role model in all that he does.