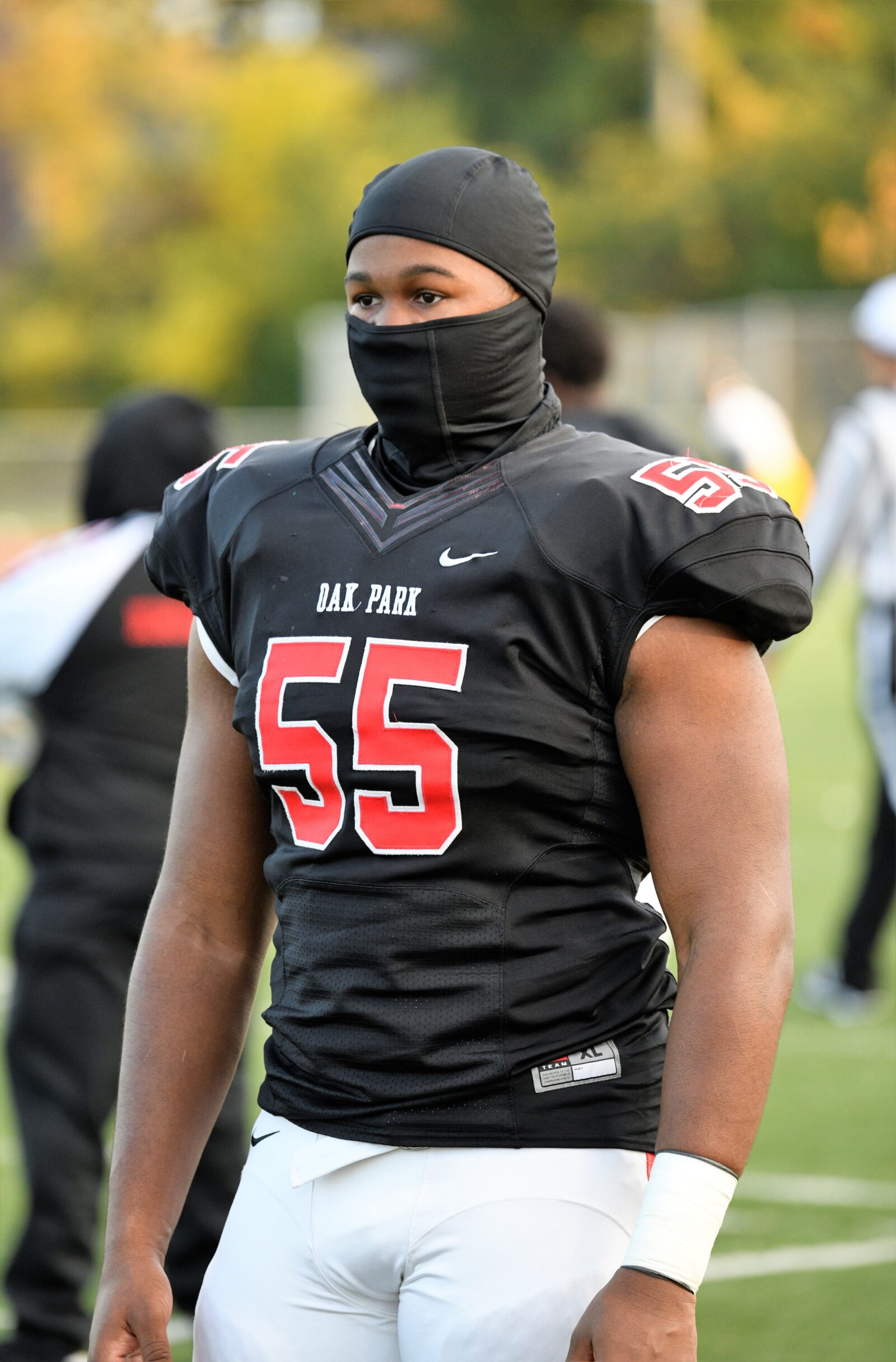 Oak Park, MI. – Rayshaun Benny, the top 5 rated 4-star offensive linemen in Michigan has narrowed his commitment list down to 4 after receiving numerous offers from some of the top Division 1 colleges in the country and today announced via twitter he is set to announce his commitment on Sunday, October 25th at Oak Park High School where he provides solid blocking for his Knights teammates.

Benny is one of the top offensive linemen not only in the state but in the top 200 nationally and has narrowed his list to Kentucky, Michigan, Michigan State, and Penn State. Many pundits have him staying home and attending Michigan or Michigan State. But that is not to say the Wildcats and Nittany Lions don’t have a chance. Two of his former teammates attend those schools, Justin Rogers in Kentucky and Enzo Jennings at Penn State.

Benny is following a long line of great Oak Park football players including, not only Rogers who was the top-ranked player in the state of Michigan in the class of 2020, along with Jennings who was ranked number 4 in that class but Maliq Carr who is now duo sporting in football and basketball at Purdue. Oak Park and the Detroit area produces some of the finest athletes in the state of Michigan and many go on to have great professional careers such as Oak Park alumni and Cleveland Browns running back John Kelly.

A few of Benny’s senior classmates have already announced their commitments with running back Davion Primm being Michigan State’s first official commit, hard-hitting defensive back Jaylin Mines going to Toledo, and linebacker Marlon Dawson committing to Miami of Ohio.

Benny stands at 6 feet 5 inches and has plenty of strength and speed at the O-line position and will make a great asset at any of the schools he plays for.