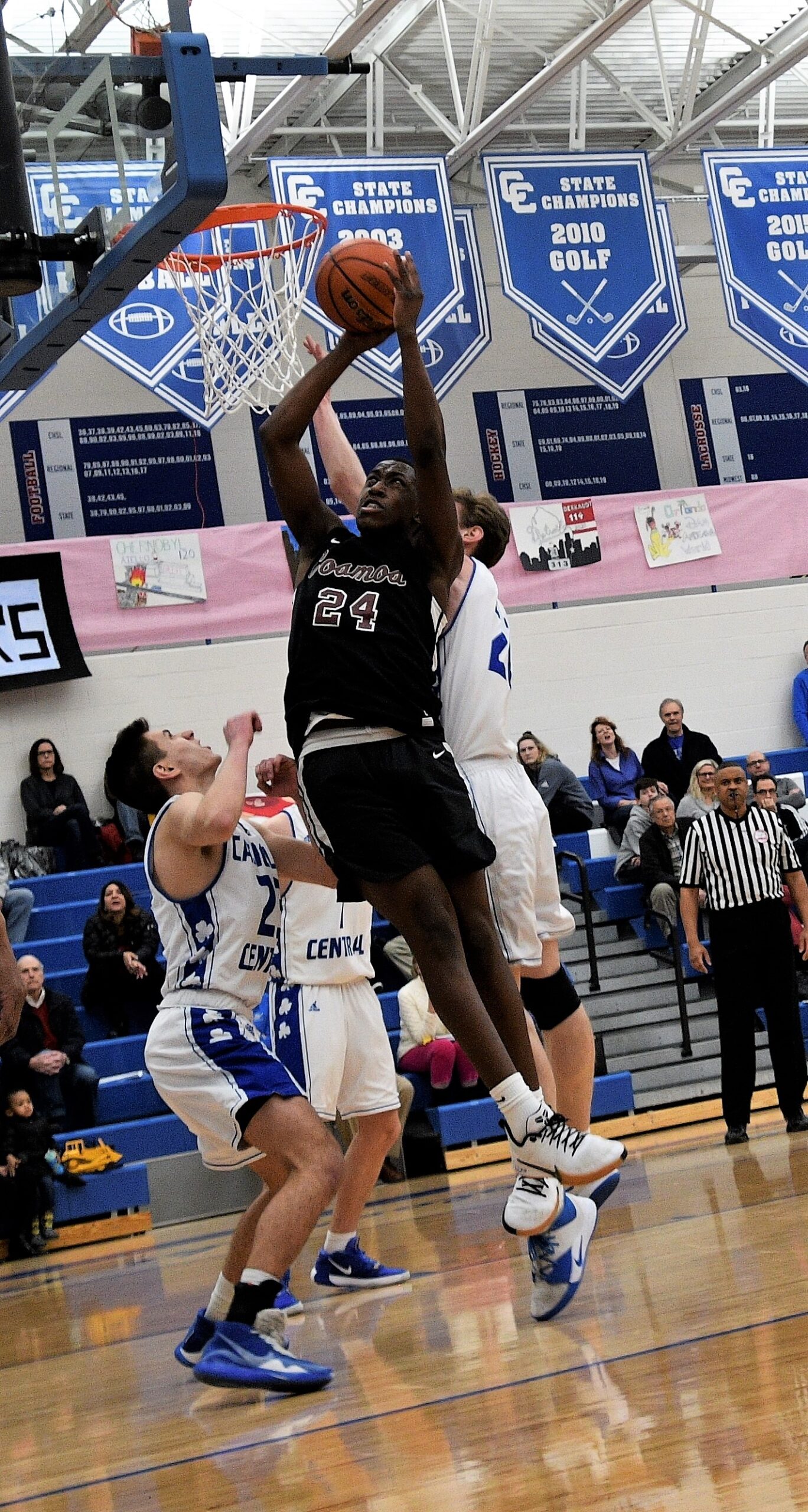 Novi, MI.- In a hard-fought game with several back and forth lead changes The Hamtramck Cosmos came back in the final seconds to defeat Detroit Catholic Central 50-49. The Cosmos shut down the Shamrocks with a solid defense and major domination on the boards.

Both teams started strong and battled back and forth throughout the first half to go into the locker rooms tied at 28. After the half, the Cosmos defense locked the Shamrocks down holding them only to 8 points in the third quarter. In the final stanza, the game heated up quite a bit with Shamrock senior forward Nick Smulsky helping his teams cause with 6 points but it wasn’t enough as the Cosmos took a one-point lead in the waning seconds to claim the victory.

Hamtramck was led by Senior Mike Lewis who played a complete game finishing with 10 points, 8 rebounds, 4 assists, 4 steals, and 2 big blocks that came at a very crucial point in the game. Senior Noah Burns finished with 12 points and 9 rebounds, while Junior Javier Whitaker came away with 15 points, and freshman guard Amari Allen scored 9.