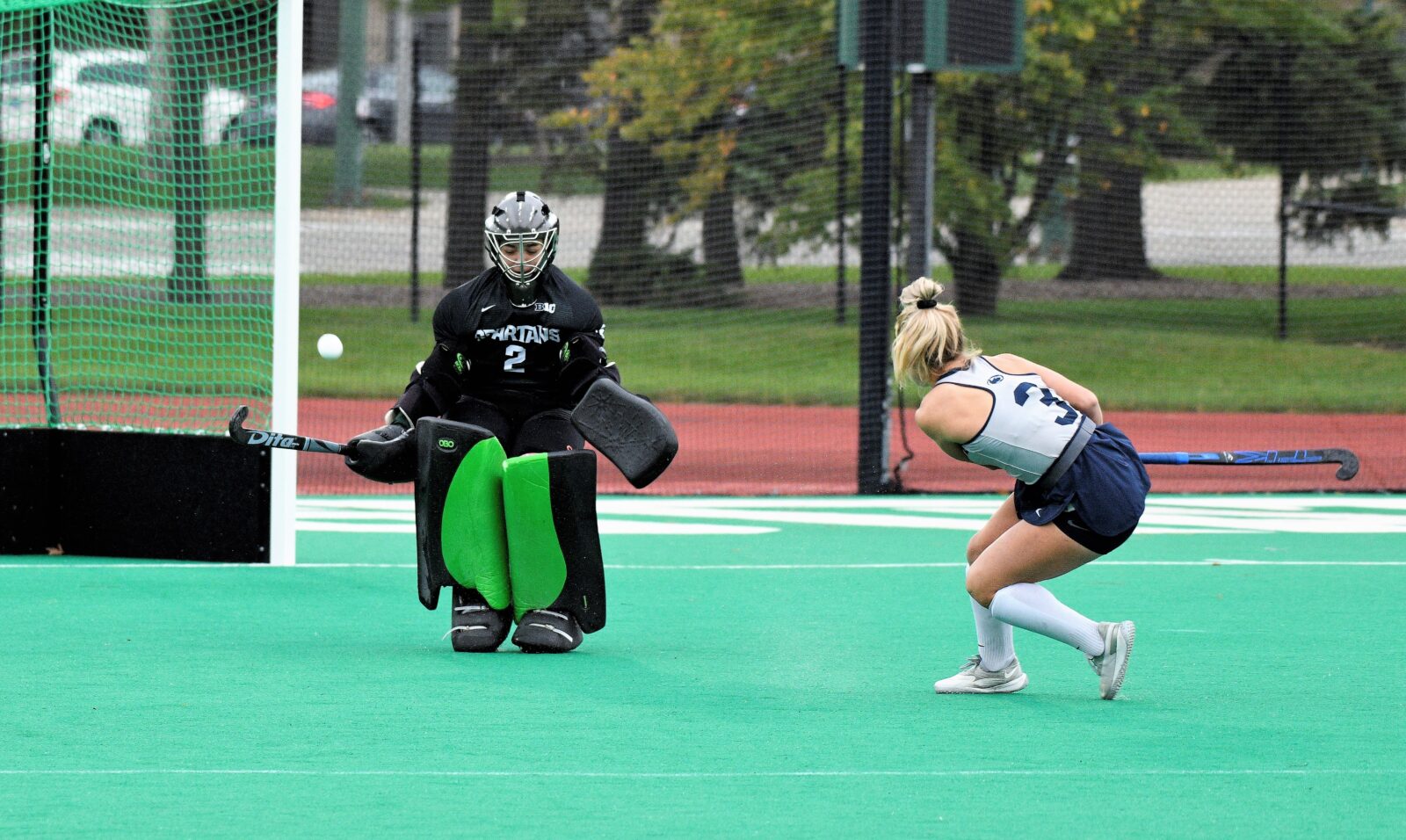 Nijziel earned Big Ten Player of the Year and Defensive Player of the Year honors for the second straight season after leading Iowa to a top-three ranking in the National Field Hockey Coaches Association (NFHCA) poll every week this season, including six straight weeks at No. 1. With Nijziel on the backline, the Hawkeyes lead the nation in scoring margin (3.01), shutouts per game (0.65), and rank second nationally in goals-against average (0.52). Nijziel also helped Iowa offensively by adding 14 points this season on five goals and four assists. Nijziel’s honor marks the ninth time a Hawkeye has been named Big Ten Player of the Year and the first repeat winner from any school since fellow Hawkeye Kristy Gleason claimed the honor in 1992 and 1993. She is also the sixth Iowa player to claim Defensive Player of the Year.

Glatz claimed Big Ten Player of the Year after backstopping Rutgers to a 15-3 overall record in the regular season, tying the 1986 team for most wins in program history. The Scarlet Knights posted a 6-2 mark in Big Ten action, their most conference wins since joining the league in 2014. In goal, Glatz holds a steller 0.98 goals-against average and .806 save percentage on the year. Glatz enters the Big Ten Tournament with 344 saves, recently moving into fifth place all-time at Rutgers, and 29 shy of tying Liz Ferrera for fourth. Glatz becomes the first Scarlet Knight to claim the Big Ten Player of the Year crown.

Southam secured Big Ten Offensive Player of the Year after leading the Big Ten in goals (18) and points (38) while sitting in second nationally in goals (18), goals per game (1.29), and points per game (2.71). She boasts four multi-goal games and four game-winners. She entered the season with 11 career goals, while her previous season-best was five as a freshman. The Buenos Aires, Argentina, native is the eighth Wolverine to earn Big Ten Offensive Player of the Year honors and the first since Emma Way in 2018.

Rose earned Big Ten Freshman of the Year honors after starting 16 games this season. The newcomer scored seven goals on the season and added three assists to lead all Big Ten freshmen in scoring and help Maryland to a top-10 ranking in the NFHCA poll every week this season. Rose is the fifth Terrapin to earn the Big Ten’s top freshman honor and the first since Bibi Donraadt in 2018.

Cellucci received her third career Big Ten Coach of the Year honor in as many years, leading the Hawkeyes to a No. 1 ranking in the NFHCA poll for six straight weeks. The Hawkeye head coach becomes the first coach in Big Ten history to claim the award in three straight seasons. Iowa amassed a 16-1 record and a 7-1 mark in conference play to clinch the program’s first outright Big Ten Championship crown since 1999. Iowa leads the nation in scoring margin (3.01), shutouts per game (0.65) and winning percentage (0.941), while sitting second in goals-against average (0.52) and third in goals per game (3.59), assists per game (2.88), points per game (10.06) and scoring average (3.53).

The Big Ten also recognized nine Sportsmanship Award honorees. The students chosen are individuals who have distinguished themselves through sportsmanship and ethical behavior. These students also must be in good academic standing and have demonstrated good citizenship outside of the sports-competition setting.

The complete list of All-Big Ten honorees and Sportsmanship Award recipients can be found below.

*Additional players due to ties

Unanimous selections in ALL CAPS