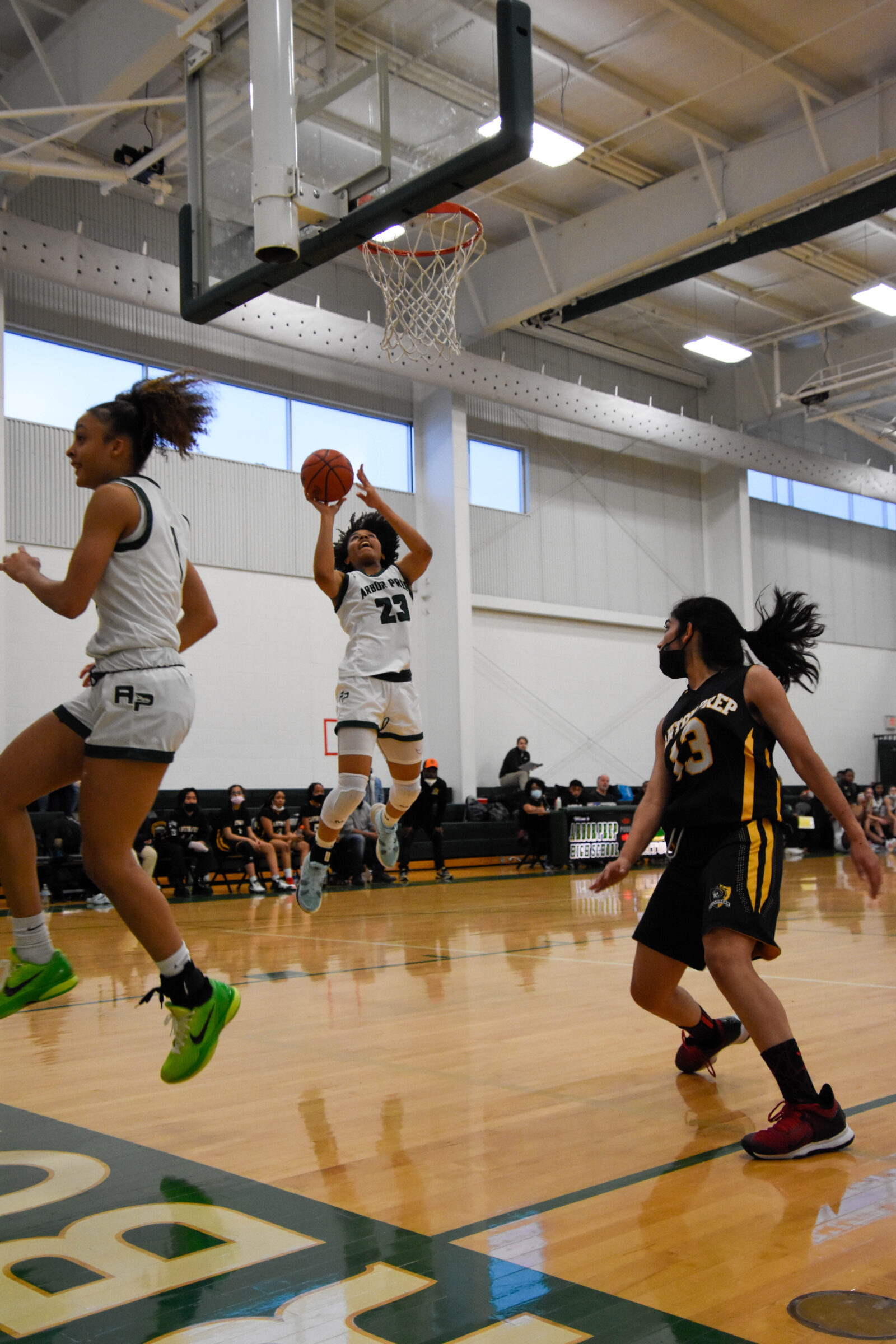 Ypsilanti, MI. – The fire department almost had to be called on the Ypsilanti Arbor Prep Gators girls basketball team Wednesday night because they were ablaze. They tipped off against the Canton Prep Chargers in the district semifinal and it was all Gators from the get-go. They played smothering defense and forced many turnovers as they coasted to a huge 90-12 victory.

The Chargers kept trying and never gave up despite the excessive deficit and a running clock in the second half and the Gators did their best to just pass the ball around and not run up the score. Many of the Gator’s second-half points were off of turnovers they forced. The Chargers only had two field goals in the entire game.

The Gators swarming defense forced many turnovers and converted on most of them. They were led in scoring by Miss Basketball state finalist and Texas A & M commit Mya Petticord with 21 pts, Jazmin Chupp had 14 pts, 10 steals, and 7 assists. Kari Woods had 15 points, 5 assists, and 4 steals, while Stephanie Utomi had 14 points and her twin sister Stacy Utomi had 12 points and 5 rebounds.

Whitmore Lake topped Ann Arbor Glen Hills in the nightcap game 34 to 23 and will be taking on the Gators Friday night at 7 P.M. at Ypsilanti Arbor Prep.